Soran University and the Yemeni-Jordanian University signed a memorandum of understanding on Monday, April 25, 2022. The signing ceremony was held at the Soran University building in the presence of the President. Under the memorandum, the two sides will establish and expand academic and cultural ties.

Talks between the two parties have been ongoing at various levels and have resulted in this memorandum's conclusion.

The purpose of the memorandum of understanding between the two universities is to promote institutional goals, build relations, and coordinate academic and cultural exchanges, considering the common characteristics of education and scientific research. The main principles were to strengthen academic and educational cooperation and scientific research, develop joint activities in the academic and cultural fields, and benefit from the capabilities of both sides by agreement and prior approval.

Soran University has recently won the trust of other universities, both locally and internationally. In this regard, several regional and global agreements and memorandums of understanding have been concluded. The agreements aim to develop students' capabilities, the Research and Teaching Commission, and university employees. The signing of this memorandum is another step by the University of Soran in the development and further progress at the academic and scientific levels of the University. 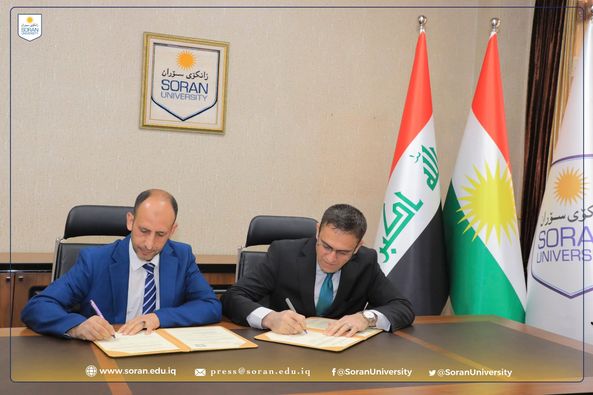